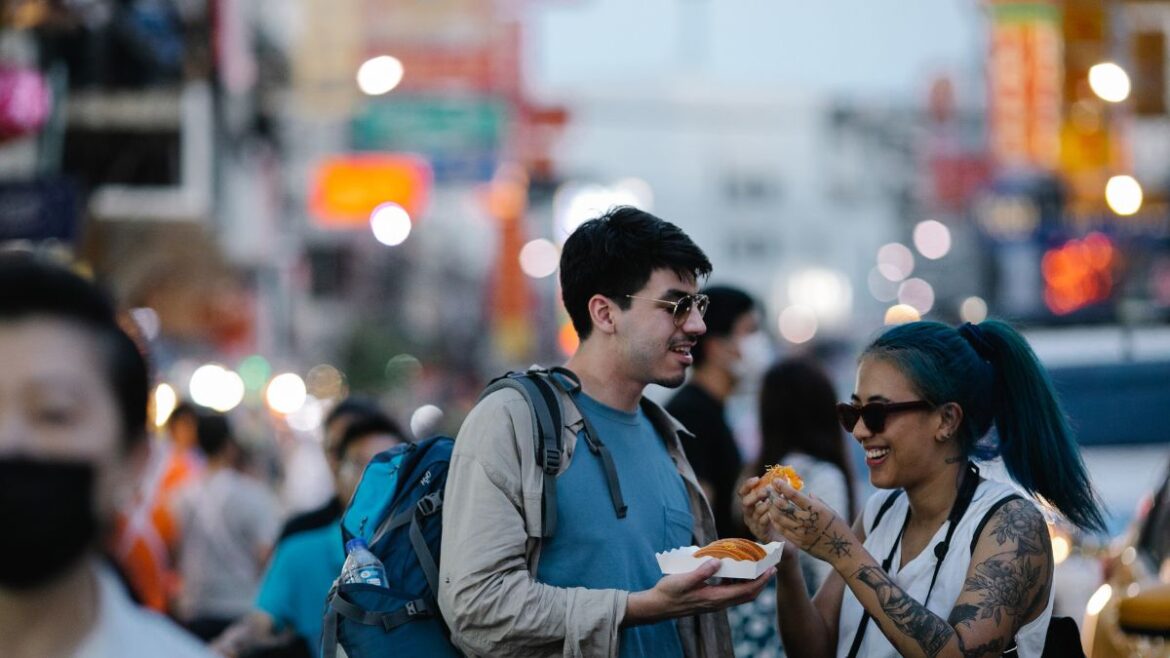 Located on the shores of the holy Ganga river in Uttarakhand, Haridwar, which means ‘Gateway to God’, is one of India’s seven most sacred cities. Furthermore, this ancient Indian city remains home to several ashrams, temples, ghats, and countless other revered places for Hindu pilgrims that will fill your heart with spirituality and inner peace. Given its heritage charm, laid-back life, and serene ashrams, the city hosts hundreds and thousands of travelers from all over the country and the world every year.

Top tourist attractions in Haridwar you cannot afford to miss

From dips in the holy Ganga water to temple hopping, trekking, and rafting in the wild waters, here are some top attractions in the city that you can explore via booking a Delhi to Haridwar Taxi.

One of the prime attractions to glimpse when in Haridwar, Har Ki Pauri, is a holy ghat situated on the shores of the river Ganga. According to ancient Vedic literature, Lord Vishnu and Lord Shiva visited this holy site and the place where the mythical bird Garuda accidentally dropped the elixir (Amrit). People further believe that if you plunge into the Ganga river at this ghat, all your sins and vices get rinsed away.

The famous Bharat Mata Mandir in Haridwar is a remarkable multi-story temple devoted to freedom fighters and patriots. Inaugurated in 1983 by former Prime Minister Indira Gandhi, the Bharat Mata Temple is a 180-feet tall temple with eight floors that commemorates the essence of unity in diversity, reminiscing India’s true spirit.

Kankhal is a small colony in Haridwar that remains home to the famous Maa Anandamayi Ashram and Daksha Mahadev Temple. While the former is a spiritual base constructed in honor of the Bengali mystic head Maa Anandamayi, the latter is dedicated to Lord Shiva and is visited by numerous adherents, especially during the sacred month of Sawan.

One of the most mesmerizing sites to visit in Haridwar at night, the Swami Vivekananda Park, features a magnificent statue of Lord Shiva peeping from the center of the park. The well-maintained park is best to spend some quiet moments and admire the kush nature.

While Haridwar does not have high-end shopping malls, you can still get everything required at the bustling Bara Bazar. The numerous stores at this vibrant market sell spiritual paraphernalia, wooden items, Ayurvedic medicines, handicrafts, ornaments, etc. Peda (sweet) and Rudraksha are two of the most famous things tourists, including foreign travelers, purchase here.

Pawan Dham, a social non-profit organization and a holy temple, is overseen by the Geeta Bhawan Trust Society of Moga. Along with the intricate architecture, exquisite interiors, and attractive glasswork, the beautiful idols decorated with treasured jewels and stones are the highlights of this esteemed site.

Sapt Rishi Ashram, situated on the banks of the Ganga river, is one of the famous places in Haridwar. Apart from Hindu adherents, the ashram witnesses a high footfall of sightseers looking for a serene place for introspection and yoga.

One of the world’s most famous moral and spiritual enlightenment centers is Shantikunj in Haridwar. Founded in 1971, it is the base of All World Gayatri Pariwar (AWGP), which propagates cultural, ethical, and national integration values apart from spiritual and moral upliftment.

Another well-known place in Haridwar is Mansa Devi Temple, located in the Shivalik Hills. Popularly known as Bilwa Tirth, this temple remains dedicated to Goddess Mansa, who is considered to be a form of Goddess Shakti and is said to have been made from Lord Shiva’s intellect.

Bhimgoda Tank, as the name implies, is a holy water tank named after Bhima, one of the five Pandava brothers. This water tank in Haridwar, remodeled with river Ganga’s water, remains surrounded by lush greenery that will leave you mesmerized with its stunning beauty.

All in all, with beautiful temples, serene ashrams, and magnificent ghats, Haridwar is unquestionably amongst the most vibrant escapes in India that you can explore by reaching Haridwar via booking a car rental in Delhi.

What are the advantages of Windows DVD maker?
by admin December 27, 2021
Save money this black Friday on E-books while traveling to Germany:
by Uneeb Khan November 17, 2022
Sofia Kenin wins her first Grand Slam at Australian Open
by admin February 2, 2020