Popular
How To Register A Business In New York...
A Beginner’s Guide To Network Segmentation
Benefits of Working for the Federal Government
How does a Coworking Space impact your mental...
Must-Have Skills in Your Accounting and Bookkeeping Services...
5 Ways to Make Healthier Decisions
6 Ways To Use Instagram Stories As A...
How to Choose The Right PPC Agency
How to Choose a High-Quality Suitable Food Packing...
Exploring the best LJR Batch of sneakers online
Home Health 6 Common Co-occuring Disorders With Substance Abuse
Health 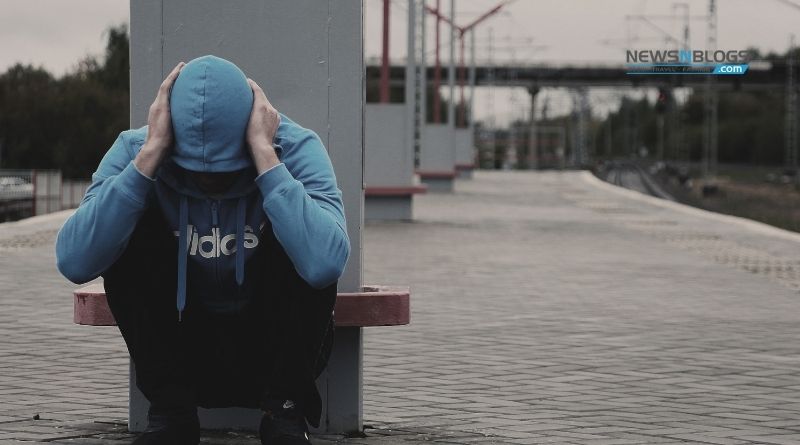 Individuals who are addicted to drugs often struggle with other co-occurring disorders. The presence of these disorders along with the abuse of substances may complicate or limit an individual’s ability to recover from addiction. Furthermore, in cases where the individual is self-medicating to address these disorders, it is helpful to understand them as part of the addiction process. Here are common co-occurring disorders with substance abuse.

Schizophrenia is a condition in which people interpret reality abnormally. They may hear voices other people can’t hear. They may believe other people are reading their minds, controlling their thoughts, or plotting to harm them. Schizophrenia can cause great anxiety and confusion. People with schizophrenia may not make sense when talking, and they may sit for hours without moving or talking. Sometimes, people with schizophrenia seem perfectly fine until they talk about what they are thinking. Schizophrenia is a long-term medical illness, just like diabetes, asthma, or heart disease. It usually lasts for years, but it can be controlled with treatment if they follow their treatment plan.

Depression is a condition that causes feelings of sadness for extended periods, and it can lead to changes in appetite or sleep patterns, fatigue, and difficulty concentrating. Alcohol and drugs such as ecstasy (MDMA), cocaine, methamphetamine, and opiates can lead to a depressive state called substance-induced depression. People with a history of alcohol or drug abuse are typically more prone to this condition than others.

Different anxiety disorders such as post-traumatic stress disorder (PTSD), obsessive-compulsive disorder (OCD), and panic attacks bring on intense episodes of anxiety that often lead to substance abuse. Anxiety disorders cause feelings of fear, panic, or uneasiness that are much stronger than the feelings experienced by a healthy person in response to the same stimuli. A number of these disorders have an underlying genetic link and usually begin during childhood or adolescence. Anxiety disorder can lead to substance abuse because people try to cope with their symptoms by using drugs and alcohol. Substances like drugs and alcohol distract people from focusing on actions bothering them and turn to self-medication to try and forget their problems for a while.

Bipolar disorder has a genetic link and usually begins during childhood or adolescence. It is characterized by periods of depression where the person feels very sad, hopeless, or disinterested in life, followed by periods of mania, which is overly excited, impulsive, and agitated. These highs and lows tend to be more severe than with other types of depression. People with bipolar disorder may be more likely than others to abuse drugs and alcohol as a way of coping with their symptoms. This condition is also known as manic depression because it includes extreme mood swings, from feeling “up” or agitated to feeling “down” or sad. People with bipolar disorder are also at increased risk of having suicidal thoughts and attempting suicide.

Eating disorders such as bulimia nervosa and anorexia nervosa are characterized by refusing to eat or severely limiting their food intake. Eating disorders can lead to malnutrition, significant weight loss, and even death. Substance abuse is prevalent with these disorders because people who suffer from them tend to be very concerned about their image and appearance.

Borderline Personality Disorder (BPD) is the most commonly occurring. The DSM defines it as a pervasive pattern of unstable interpersonal relationships, self-image, and effects in early adulthood. Typical characteristics are impulsivity, black or white thinking (splitting), dangerous sense of self, recurrent suicidal or self-harming behavior, affective instability, stress-induced paranoia, and dissociation.

People who have any co-occurring disorders with substance abuse mentioned above should seek professional help immediately. The best way to beat addiction is through various forms of therapy, such as cognitive-behavioral therapy (NIDA)  view more. There are also many medications, like antidepressants, anti-anxiety medications, and antipsychotics that can help treat mental disorders. If you or your loved one is struggling with any of these co-occurring disorders with substance abuse, you should seek professional help right away.

What Causes Irregular Periods in Women

F95zone- the top platform for the range of the fantastic games

How To Keep Your Health in Check

Using Display Boxes For Better Product Presentation – How Is That Possible?
by admin June 30, 2021
What is Commercial Property Law?
by admin February 3, 2022
How to develop android app and earn money?
by admin July 12, 2021