Popular
SAP Landscape Transformation Replication Server – An Overview
Where to store/save your car insurance policy?
Live sports betting in India
The importance of legal documents for your business
The importance of graphic design for your Business
Aluminum Carport Awning
4 Reasons to Consider an Association Management Company...
Tips For Driveway Paver Installation
6 Common Mistakes Airbnb Hosts Make
Save money this black Friday on E-books while...
Home Business 9 Reasons to Move to Chicago
Business 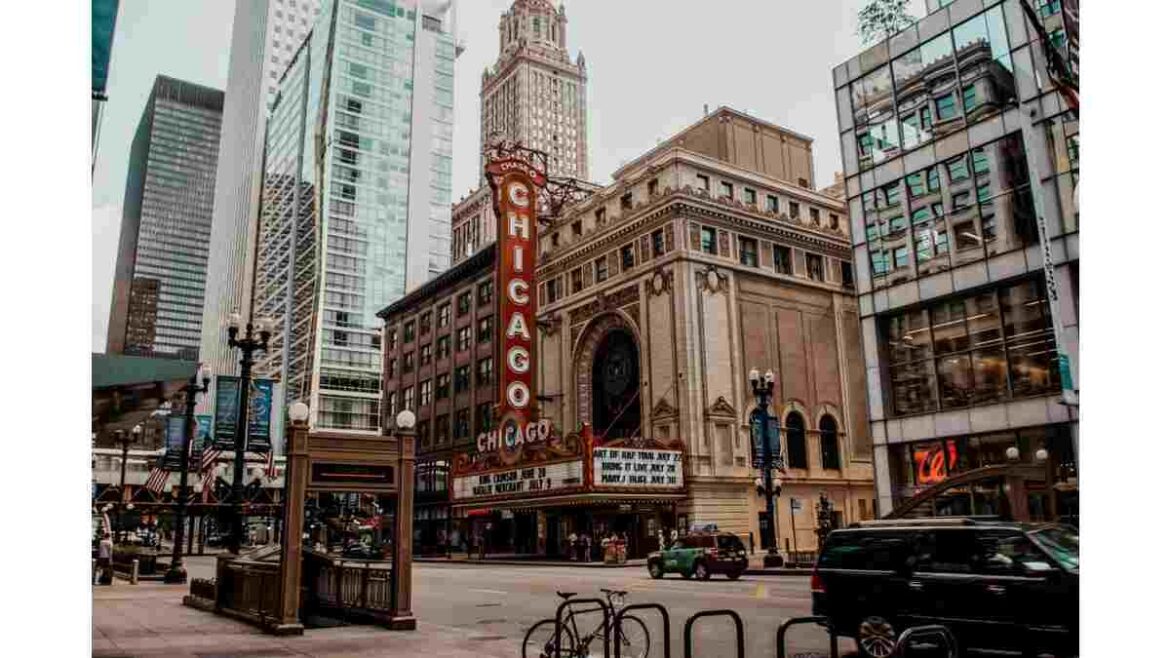 Chicago, or “The Windy City,” is the central hub of the United States. The third most populous metropolis in the nation.

So, if you’re thinking about making a move to the heart of the action, Chicago provides everything you could possibly need.

The city’s four-star flag is worn on shirts, caps, and even tattooed into the flesh of many people, despite the fact that some of them prefer to grumble about the weather, traffic, and corrupt politicians.

Keep on reading to learn the top nine reasons that will drive you to move to Chicago with glee.

Chicago is home to everything from 80-year-old ice cream stalls to fine dining places run by Michelin-starred chefs, and it would be difficult for a visitor to try them all in just a few days.

Though it was Chicago that pioneered such dining fads as farm-to-table and tasting menus, the city also has many affordable dives where you can chow down on anything from empanadas to Chicago-style hot dogs.

You’ll pick up local eating habits in no time.

2. Move to Chicago for the Midwestern Hospitality

Is someone waving at you from the sidewalk? If you hear a familiar voice but can’t place it, don’t freak out; it’s probably just a kind stranger.

Chicagoans, in contrast to their New York and Los Angeles counterparts, are kind and helpful. They’re eager to point you in the right way, provide restaurant recommendations, and even assist you to dig out of a snowdrift if your vehicle gets stuck.

Just, don’t even think of relocating the “garbage” your neighbor just dug out of his parking place.

Chicago, like every other big US city, is seeing a rent increase. But, compared to New York or San Francisco, where the typical rent is nearly twice as high, you can get a lot more room for your buck in Chicago.

If you’re wanting to save money on rent in Chicago, you should definitely avoid the hipster enclaves of the West Loop, Logan Square, and River North, as with any city.

Thankfully, you can rely on URB Chicago to steer you in the right direction.

You’ll have to get accustomed to snow and sub-zero temperatures during Chicago winters, but when spring finally arrives, locals celebrate by throwing a party every weekend until the weather turns chilly again.

When the temperature rises, people celebrate in many different ways. There are art fairs, burger and taco parties, and even dancing workshops at festivals.

At festivals, the roads are closed to vehicles. So bring a good pair of walking shoes if you want to spend the day drinking on the street after dropping a few bucks at the entrance.

It’s fantastic to live in Chicago since the city’s museums are constantly full of fascinating exhibits to explore.

Go see Sue, the biggest and most well-preserved Tyrannosaurus rex ever found, at the Field Museum before paying a visit to the penguins and beluga whales at the Shedd Aquarium, located just across the street.

Take a stroll along Michigan Avenue and go inside the Art Institute of Chicago to see ancient sculptures and contemporary installations among pieces by Andy Warhol, Pablo Picasso, and Vincent van Gogh. One excellent reason to acquire a new Illinois ID after you’ve settled locally is the cheap entrance most museums provide to locals.

After the devastating Chicago Fire of 1871, the city was rebuilt with parkland, boulevards, and playgrounds as examples for other cities to follow.

Chicago’s slogan is “City in a Garden,” and city architects Daniel Burnham and Edward H. Bennett did their best to make that motto a reality by creating lots of parks and other green spaces where citizens may enjoy outdoor activities like picnics, watching movies, running, and walking their dogs.

It’s true that Chicagoans have a deep appreciation for the arts, but that doesn’t mean they don’t also enjoy seeing their favorite teams play. If you live in Chicago, you can’t go anywhere without hearing about the city’s many sports teams. That’s why there are so many diverse fan bases in this city.

8. All Kinds of Theatre

Chicago is home to some of the top comedy theaters in the world, including the Annoyance and the Lincoln Lodge, as well as the illustrious Second City, where stars like Stephen Colbert and Tina Fey got their start.

If you’re looking for something a little more serious on stage, you may check out the Steppenwolf Theatre or the Goodman Theatre, see a Broadway show in the Loop’s theater area, or catch an experimental play at one of the city’s numerous storefront theaters.

Having given birth to house music and serving as a haven for many jazz and blues performers who relocated north during the Great Migration, Chicago has always been a city with melody and rhythm.

Since the turn of the century, the city’s summer has been dominated by massive music festivals like Lollapalooza, Riot Fest, and Pitchfork Music Festival.

The top music venues in Chicago include ancient theaters, massive stadiums, and intimate bars. And, they frequently welcome renowned performers from all over the globe as well as many local musicians who find inspiration in Chicago’s long and storied musical past.

People have the opinion that Chicago is far better kept than New York and even Los Angeles.

Greater Chicago dominates the Midwest. The modesty of its origins is so preserved. There is an abundance of both public transit and employment opportunities, as well as a wide range of cultural backgrounds. Because of this, Chicago is a great place to call home for anybody considering a move.

We hope that our guide has shown you what it means to move to Chicago and the nine delights that can be found there. Now, you’ll want to check out our lifestyle section for tips and advice on making your move as smooth as possible.

How to Calculate Boat Loans
by John Milton June 18, 2022
WHEN DOES A CONTUSION INJURED PERSON NEED MEDICAL ATTENTION?
by M Sakhawat February 3, 2022
What Caused the Camp Lejeune Water Disaster?
by John Milton September 26, 2022