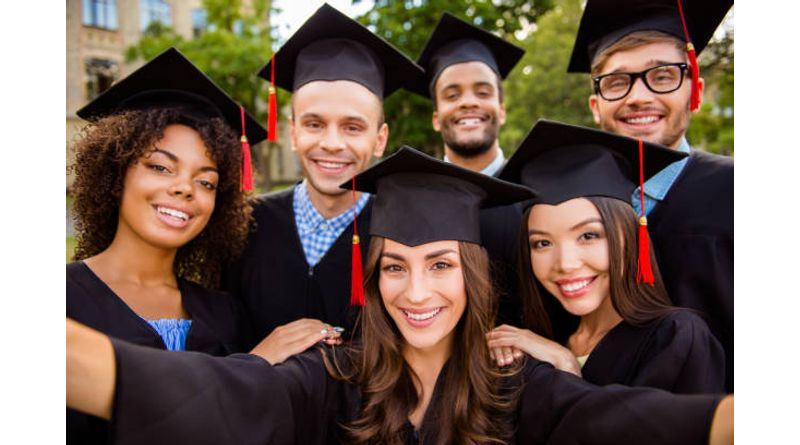 Graduating from a school or university is a great accomplishment for students. This milestone counts a lot for every individual. Although the past two years have been extremely difficult for everyone in general, it has been exceptionally difficult for students because for the ones who would be passing out of high school very soon they had to attend the best years of their life over a learning management system rather than going to school.

Pandemic was a global cause that changed the school management system and university systems of all the countries. Students and teachers have been together in it, supporting each other and voicing fears and challenges to overcome them and pave life towards a better tomorrow. Without this support some of them would not have been able to survive the pandemic years. Now let us imagine a situation that is not as global very small, and has affected only a few million students.

Millions of people escaped Ukraine when they started to go into war, with Russia as the aggressor. All those students had nothing to do with the war, as it usually happens during wars, they were forced to flee the country and seek hostage in other countries leaving their entire life behind. Some of them were graduating from schools and colleges, and they managed to do it with enough resources from their institutions even though the war continued.

This is not something that makes the top headlines every day yet it is a valid and important situation in the life of every student. With lots of infrastructure and economy, the world has witnessed a great deal of retaliation from the country, including the students. They continued to remain in the country, having high spirits and holding signs of protest against the war in general, and not people.

Students have taken to various ways of showing their respect towards their country even in between the war. One such measure that came to the public eye was a group of Ukrainian students who posed for their graduating pictures in the rumble of the war.

Daria Kaleniuk took it to Twitter, posting a picture with a group of students posing in front of Chernigiv School. She is an executive director at the anti-corruption action center.

Although it might seem like just a post seeking empathy with other Ukrainians, or people worldwide, it is symbolic of multiple things. She has stood forward for her country, for the sake of their freedom in knowledge and education, by standing within the grounds of the school that taught anti-war values but now stands destroyed by the same war it poses to be so against.

When we are children we learn about moral values from didactic stories, study proses, and history lessons so we learn about what people have done wrong in the past and what we must not do. There have been enough wars all over the world to prove to us that it certainly does not bring any good, there are no victors in the world only losers who lose life, opportunities, peace, and stability. Yet these same values continue to prove useless in real life since, after years of educating people against it, the heads of nations who are supposed to be most knowledgeable about administering it also continue to participate in such aggressions.

The power of social media

The Internet has become an ultimate resolute for almost all problems recently. Even during the pandemic, it is with the help of Internet websites and applications that students and teachers were able to connect over a learning management system. It is equally useful during a war. One such powerful tool that uses the Internet is social media. By taking this post to social media, Kaleniuk managed to spread awareness about the war and promote values of education even during the discouraging moments of life.

It teaches students all across the world to never stop believing in the power of education and learning. No matter what challenges we face in life, it is only knowledge that can help us through every time. It is the defiant and confident nature of such students that will keep promoting the values of learning.

5 Reasons Why Forex Cards are Important for...

Natural Ingredients To Maintain Your Health
by admin June 24, 2021
How to File a Water Damage Claim
by John Milton November 6, 2022
Government of Pakistan decides to keep prices of petroleum
by admin January 31, 2020