Popular
Why Should You Consider Purchasing a Payroll Business...
How to Check Airpod Battery Health in 2022...
How Data Masking Can Be the Future of...
How To Register A Business In New York...
A Beginner’s Guide To Network Segmentation
Benefits of Working for the Federal Government
How does a Coworking Space impact your mental...
Must-Have Skills in Your Accounting and Bookkeeping Services...
5 Ways to Make Healthier Decisions
6 Ways To Use Instagram Stories As A...
Home NEWSCoronavirus The Corona virus in China is about to get even more serious
CoronavirusNEWSWorld News 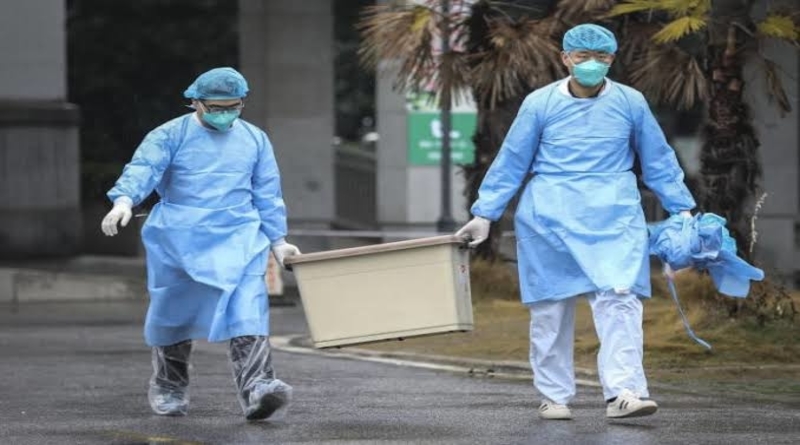 The Corona virus in China is about to get even more serious. Chinese authorities request Chinese experts not to return to China for 2 more months.

There is a wave of concern all over the world and people are scared of this catastrophic disaster and are looking for solutions. In this regard, a Pakistani-educated Pakistani who has been to Pakistan for the holidays said that he received a message from his university which gave him a real sense of the severity of the matter. Has happened.

The message was summarized as: “The Chinese government has instructed all foreigners visiting their home country on vacation to cancel their return tickets or postpone the next one or two months. And refrain from traveling to China until further instructions are received.” After receiving a message from Chinese authorities, he said that a two-month travel ban meant that it was currently under human control. not me.

It should be noted that the Corona virus has spread badly in China, resulting in the deaths of more than 250 people while thousands of people have been infected with the virus. The Chinese government had locked down several cities in the wake of the outbreak of the virus, but now with China, the virus has started to spread across the world, while the World Health Organization has also imposed a health emergency in this regard. Many countries are taking security measures for their own citizens in this regard.

If Shahbaz Sharif wins the case, Daily Mail will be closed, Haroon-ul-Rashid

Apple is closing all offices and stores in China through February 9th - BlogsAndNews.com February 2, 2020 - 3:36 am

Like!! I blog quite often and I genuinely thank you for your information. The article has truly peaked my interest.

Top Three Urdu News Websites of Pakistan
by admin May 1, 2020
Which are the best black bridesmaid dresses in the market?
by admin June 8, 2021
5 Tips to Find the Right Legal Help For your Situation
by John Milton April 13, 2022