Popular
SAP Landscape Transformation Replication Server – An Overview
Where to store/save your car insurance policy?
Live sports betting in India
The importance of legal documents for your business
The importance of graphic design for your Business
Aluminum Carport Awning
4 Reasons to Consider an Association Management Company...
Tips For Driveway Paver Installation
6 Common Mistakes Airbnb Hosts Make
Save money this black Friday on E-books while...
Home TECHNOLOGYMobile The Details We Know about the Samsung Galaxy S23 Series So Far
MobileTECHNOLOGY 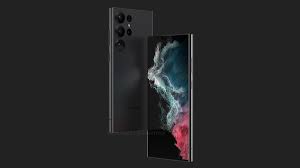 People are already excited about the Samsung Galaxy S23, the successor to the amazing Samsung S22. We hear lots of leaks and rumours about the S23, which shows how anticipated this phone is. With this unit being the next generation of the popular Galaxy S smartphone series, here’s everything we know about it so far, including its release date, price, specs, and features, so that you can get the right Samsung accessories for your next Android unit!

The Samsung Galaxy S23 is expected to cost around $799, the same price as the Galaxy S22. Samsung may keep the price the same for the S22, as it has done for three years running, or it could increase it slightly.

The Galaxy S23 is rumoured to launch in mid-to-late February, with the 23rd hinted as the specific date if we are to consider previous launches. However, there have been exceptions to the February launch, so that the Galaxy S23 may launch in a different month. But all things considered, it is most likely that the Galaxy S23 will launch within the first few months of 2023.

The only possible difference the S23 will have over the S22 is in the Ultra variant, which might have a screen that curves at all four sides and some improvements to the screen, such as better HDR, a higher peak brightness, and improved colour accuracy. However, these are mere speculations at this point and time.

The Samsung Galaxy S23 Ultra will have a 200MP camera, a significant upgrade from the previous S20 Ultra, which had a 108MP camera. This would make the S23 Ultra one of the most powerful cameras on a smartphone. The selfie camera on the Galaxy S23 may be 12MP, up from 10MP on the S22. This would be a moderate but appreciated upgrade. However, another leak suggests that we may not get an under-display camera on the Galaxy S23.

Excitement for the S23 Series is already very high among users of Samsung smartphones and we are sure to see accessories such as Official Samsung S23 Cases for the handsets popping up on the internet very soon nearer the launch of the smartphones. Get ready for the Samsung Galaxy S23 including the Samsung S23 Plus & S23 Ultra with Mobile Shark’s range of Samsung accessories! We provide customers with cases, covers, screen protectors, and more to ensure your digital investment lasts a long time. Check out our online store right now!

How do Ethereum futures trade? What are the pros and cons?

Penalties for 2nd DUI in Texas

How To Handle Long Distance Relationships
by admin January 2, 2021
Yoga vs Gym: Which Is Really a Workout?
by admin February 25, 2020
How to Choose The Right PPC Agency
by Uneeb Khan August 2, 2022