Popular
Maintain a Clear and Healthy Drainage System with...
Jose Antonio de Anda and his 2023 perspective...
Tips to Motivate Your Kids to Dress Up...
Experion Windchants – High-End Residential Project In Gurgaon
Why Should Disaster Restoration Service Be Your Next...
The Home and Smart Technology
What are Employment Disputes, and How Can an...
Learn 5 Common Colors That Attract Customers
The Benefits of e Rostering Software for Your...
How far has the prepaid recharge system come?
Home ENTERTAINMENTGames The most played mobile games of 2021
Games

The most played mobile games of 2021 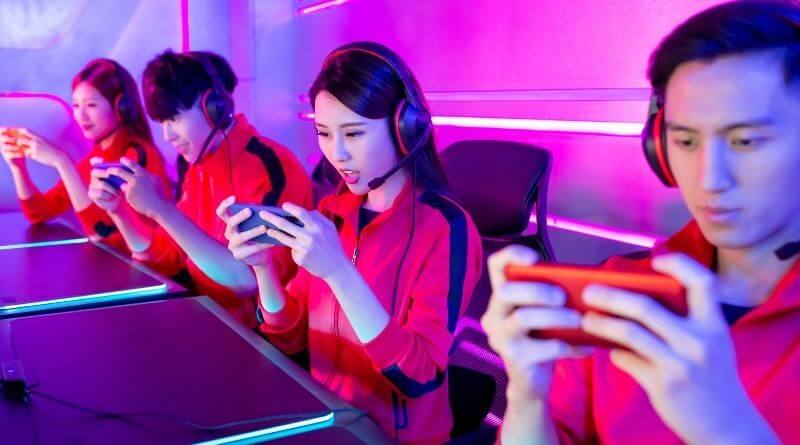 Game developers are constantly expanding the range of entertainment that gamers can enjoy on a wide variety of popular platforms. The fastest-growing audience today is still mobile gamers, surpassing PlayStation 5 and Xbox Series X combined. Computers have long given way to platforms such as Android and iOS, so entertainment for smartphones and tablets should be considered in more detail to help understand the benefits of mobile entertainment for players. All games can be found on Google Play and the App Store, depending on which platform the player is using.

One of the brightest novelties for the mobile audience in the new season is League of Legends, which is released on smartphones of both popular platforms. On the PC, the popularity of MOBA games is difficult to compare with other genres, so LoL and Dota have long and successfully acquired multi-million dollar audiences of players.

Wild Rift is a ported version of the game that has been optimized for smartphones and tablets. It’s the same League of Legends that millions are familiar with. At the moment, the closed testing period is ending, and the launch of the game will take place this fall. The game was announced last year, but the release had to be postponed to finalize various gaming aspects, which took on a completely different look on smartphones. Open testing will be available for players from Europe and Asia, so everyone can explore the creation of Riot Games first-hand. Among the features of the mobile version, it is worth highlighting:

PC users have been able to play this session shooter for over a year now, and its benefits will not open to a mobile audience until 2021. The game will appeal to all battle royale fans. Among the unambiguous advantages, it is worth highlighting the excellent dynamics, the presence of non-standard mechanics in the game, as well as team features.

The game managed to acquire its first million registered users in just a few hours after its official release, and in the following months after launch, the game was at the top in terms of the number of simultaneous online players. Apex Legends has received many interesting additions today, which are called seasons in the game. Fresh heroes were also presented, which made it possible to significantly diversify the gameplay and add more depth to it. Given the dispute between Apple and Fortnite, today is the perfect time for mobile Apex Legends to enter the market.

In order not only to play but also to make money in parallel, it is enough to study the online casino games available here. The company cooperates only with reliable providers of gambling entertainment, which allows you not to worry about the prompt receipt of winnings. To start betting, you just need to go through a short registration.

Creative Assembly’s line of games remains one of the most popular strategy games on PC. It should be noted that the company has already tried to promote its games to a mobile audience. Its ported version of one of the most famous titles received a lot of positive feedback from the press, but it never became popular worldwide. Today the company is trying to use this experience to enter the mobile market with a new product called Total War: Elysium.

For fans of PC versions of games from the studio, this did not sound like a wake-up call, since the company continues to develop lines of historical and fantasy Total War. Elysium will provide a completely new experience. The player will be offered to choose one of several dozen generals and with his help try to achieve the glory of the greatest conqueror of Elysium.

The company notes that the game will have several distinctive features that could be seen in previous games from the studio. In particular, each general will have unique talents. For ease of campaigning, the world is divided into dozens of regions. It is also worth noting that the abilities of units on the battlefield will differ depending on what time of day the battle takes place.

Players will be able to use reinforcements. The studio also announced that the terrain features of the map will affect the player’s ability to ultimately win the battle. Creative Assembly has a wealth of experience, so by the fall, we should expect a good strategy for all fans of this genre on mobile devices.

Of Epic Getaways and Vacations: Four Reasons to Try Beach Camping With Your Family