Popular
After 2tbclark Theverge: Facts You Need to Know
How Successful People Make the Most of Their...
5 Main Steps to Starting a Skincare Business
9 Reasons to Move to Chicago
Different Ways of Cryptocurrency Leverage Trading
When Should You Undergo Backflow Testing?
When Is the Right Time to Apply for...
The Truth Behind Digital Marketing Success
What Caused the Camp Lejeune Water Disaster?
Here Is How Hiring SEO Services Can Revolutionize...
Home NEWSCoronavirus Uncontrollable corona virus and precautions
CoronavirusNEWSSCIENCE 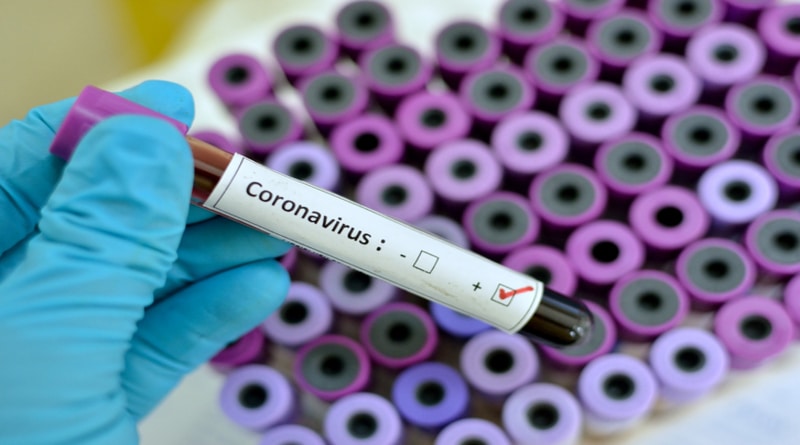 Uncontrollable corona virus and precautions. The world is currently experiencing considerable environmental problems. In the last month of the last year, a Chinese man in the world suffers from an illness that shook the world. There is no doubt that playing with the Nature has brought him to the brink of destruction. The virus is spreading rapidly in the world. So far 14,000 cases have been reported in 24 countries. If the scientists do not take any concrete steps to prevent the virus soon, it can cause major catastrophe. And in just 6 months, 10 million lives can be lost.

When was the Corona virus introduced?

The Corona virus was first introduced in 1960 and so far 13 species have been discovered.Of these 13 types, 7 are types that can be transmitted from animals to humans. It enters human beings from lactating animals and birds. The virus enters the lungs through the nose, causing the patient to have difficulty breathing and symptoms begin to appear within 2 to 14 days. Including nasal, cough, headache and pneumonia. It causes swelling in the lungs, which makes breathing difficult.

So far, Corona has been confirmed in several countries, with China at the forefront.So far in China, 14628, 14 in Hong Kong, 8 in Macau, 20 in Japan. 19 cases in Thailand, 18 in Singapore, 15 cases have been affirmed in South Korea, 12 in Australia, 10 in Malaysia, 8 in the US, 8 in Germany. 8 in France, 6 in Vietnam, 5 in the United Arab Emirates, 4 in Canada, 2 in Italy. 2 in the UK, 2 in the Philippines, one in the Philippines, one in Spain, one in Finland. One in Sweden, one in Nepal and one in Sri Lanka. First, the virus spread to the China`s city wuhan, and the world began to be infected within a short period of time. The virus affects the human respiratory system.

Scientists have called for precautionary measures to prevent the corona virus. As no vaccine has been discovered to treat the virus. Like keeping your hands clean, dirty hands not in the mouth and ears, covering your mouth with masks and keeping away from people who are infected with the virus. Outbreaks of the disease include coughing, wind, sneezing, touching the patient and touching items that contain the virus. The cure for the virus has not yet been discovered. So, Caution is the best treatment.

The reason for Corona’s outbreak

Experts say the cause of its outbreak in Wuhan, China, is the use of bats soup, wild animal raw meat and sea food. First, the virus transmitted from animals to humans and later from humans to humans.

On January 7, Chinese authorities confirmed that the Corona virus is a new virus and renamed it NCOV. The Seafood Market in Wuhan was shut down on January 1, 2020. In January 11, the cause of the Corona virus in China The first death has occurred since then. Many people have died in China since thenAnd the number of victims is more than 426. The hospital is full and people are in panic.

The Chinese government has sealed the city and bus, train and air services have been closed here. Citizens are not allowed to leave the city. The Chinese province of Hubei is the most affected, while other parts of China are still protected from the outbreak. But in view of the danger, all major tourist destinations have been closed and the public is being barred from unnecessary travel.

There are currently several Indian and Pakistani students in Wuhan and they too are in danger. Wuhan’s population is more than 11.8 million.The World Health Organization says it is a virus that attacks the respiratory system, people suffer from cough, fever, nausea and flu. And later it causes pneumonia and lung inflammation and the patient’s breathe stops.

According to the WHO, 25% of patients have severe illness.Wild animals and all kinds of sea food are eaten in China. With respect to some medical experts, the snake was spread by bats and wastes. According to Chinese President Rashid Ping, the Corona virus is spreading rapidly and China is currently facing the worst situation.

What to Gift a Boyfriend on His Birthday?