Popular
Live sports betting in India
The importance of legal documents for your business
The importance of graphic design for your Business
Aluminum Carport Awning
4 Reasons to Consider an Association Management Company...
Tips For Driveway Paver Installation
6 Common Mistakes Airbnb Hosts Make
Save money this black Friday on E-books while...
What does CFD mean in trading?
Does fat freezing hurt?
Home Health What is malaria? know about Malaria Diagnosis and Tests
Health

What is malaria? know about Malaria Diagnosis and Tests 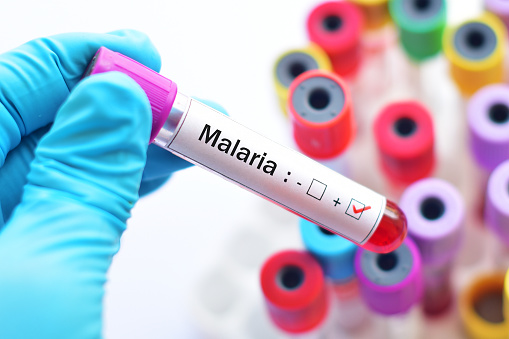 Malaria is an acute disease which humans have been fighting for generations. The disease of malaria is caused by a tiny protozoan named Plasmodium, spread through the bite of a female Anopheles mosquito. There are various species of this plasmodium which are vivax, malaria, and falciparum each responsible for causing a different type of malaria fever.

Out of all the variants, Plasmodium falciparum is the deadliest and can be fatal at the same time. The fact that makes the plasmodium protozoan dangerous, is the fact that the virulence of the species has a special feature to change and modify its shape in accordance to the host environment during the various stages of the life cycle in the human red blood cells.

The plasmodium parasite finds its way to the human red blood cells through the vector of the disease which is the female Anopheles mosquito. When the infected Anopheles bites a healthy human it transmits the malarial sporozoites into the host. The sporozoites travel within the body fluids and accumulate in the liver,

The liver is the hub of the immune system of the body and faces pathogens first. But, due to the ability of the microbes to change their physiology, become comfortable in the host’s body, and also multiply in number. From the liver, they rupture into the blood cells and hence damage the human erythrocytes.

Some of the waste toxin hence released by the malarial toxic is observed to make the human RBC stickier.  This sticky nature causes the protozoans to stick to the walls of the blood vessels and evade the transport of valuable substances across the spleen, making the human immune system weaker each passing day

The chills that the patient faces are due to a toxin named hemozoin which is released by the malarial pathogen post-destruction of the red blood cells. Overall, the life cycle of the malarial pathogen Plasmodium has two hosts in its life cycle one being the healthy human who is getting infected, and also the female Anopheles mosquito becomes the carrier of the pathogen.

What are the symptoms of malaria?

The early symptoms of malaria are usually confused with those of common flu- caused by bacteria and parasites which include:

The symptoms of malaria also vary from one person to another depending upon your age, geographical location, immunity, your overall internal physiology, and also the type of malarial pathogen-infected. In extreme cases, malaria can lead to a substantial decrease in the functioning of the nervous system causing seizures.

After the probable symptoms, one should immediately take the diagnosis. It is very important to get tested so that the affected individual can get the proper treatment and also prevent the further spread of the disease among the population.

Some of the most recommended tests among the medical fraternity are:

Affecting more than 400 million individuals across the globe and being the cause of 1-2 million deaths a year, Malaria stands to be the cause of the majority of preventive deaths. Hence the Malaria test should be quick and the treatment shall be done under a doctor’s consultancy.

An individual’s current health condition, medical history, and age are some of the factors which decide the type of medication one may face. Cases of elderly, infants and pregnant women who did not take proper medication as a preventive measure for the same should be given special attention

One of the quickest ways to treat malaria is the procedure of blood transfusion. It removes parasites from the body in a way that there is no blood loss in the patient’s body as the loss of the patient’s blood is constantly circulated in exchange for the donor’s blood.

The prevention of fatal malaria fever is

In case of travelling and lack of availability of proper medication, one can take some preventive medication from their doctor and have a prescribed SOP for the same. Skill in case of prolonged occurrence of symptoms one should seek medical attention as soon as possible. Be sure to seek assistance from experts to gain more knowledge about this disease.

How do Ethereum futures trade? What are the pros and cons?

How To Take Advantage of High Ticket Crypto Affiliate Programs
by John Milton April 14, 2022
Application and Benefits of IoT in Industrial Automation
by admin February 29, 2020
Planning To Get Insured? Here’s Top 7 Health Insurance Companies To Consider
by admin September 5, 2021