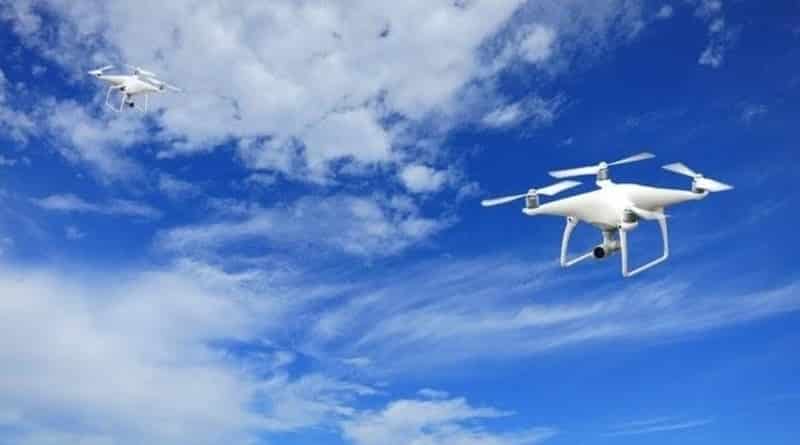 Drones have become an essential part of every military organization. For instance, the US military has been using drones since the early 2000s but the drones are improving. That’s to say because they are implementing artificial intelligence to the drones that shall reap better outcomes. Military organizations are using drones for intelligence, reconnaissance, and security purposes and missions. With this article, we are sharing information for the military defense contractors that are offering drones with AI configuration. Let’s check it out! AI Drones & Military

When it concerns the military niche and field, drone technology is the newer configuration but the military engineers have already started combining drones with artificial intelligence technology. That’s because they wanted to create a new product that delivers the capacity and performance of the reconnaissance teams. For the same reason, the companies like Lockheed Martin, Sheild.AI, and AeroVironment are portraying how these contractors are integrating new technologies.

In particular, they are showing how image recognition and computer vision technologies can be integrated with drones to resolve military problems, without causing harm to human life. For instance, the Shield.AI drones are designed to navigate through unknown lands without additional GPS tracking. Moreover, autonomous drones are empowering military operators to focus their resources on promising actions that align with the skillsets.

For instance, autonomous drones can be deployed for monitoring the territory that soldiers have combated around. Subsequently, it ensures that militaries aren’t caught by surprise by the enemies or their planned reinforcements. For the same reason, autonomous drones deliver promising results on the battlefield if the correct implications are used. As a result, it eventually protects the military resources, human and non-human.

This is the prime reason that the drones with artificial intelligence are loaded with real-world benefits and applications; it’s equally suitable for companies that are looking for real-world tractions.

The drones are available in variating abilities and designs. For the same reason, autonomous drones are designed with proper training. With the being said, the implementation of artificial intelligence in drones curates the integration of machine vision, mechanical devices, and navigational instruments. The artificial intelligence in drones has to be trained through a supervised and fully-integrated learning process.

In the first place, the drones are operated by humans for the purpose of collecting spatial data and visual information with the help of LiDAR and cameras. The operations are recorded and the objects are labeled. These labeled recordings are processed through the machine learning company algorithm that operates the drone. It helps train the drone that has the ability to differentiate between the objects in the visionary field or the field in proximity.

The algorithm will correlate the stops and turns around the objects with which the drone will know how to change the path around such objects.

To begin with, they have developed an extensive range of UAVs that can fly along the routes through GPS coordination and computer vision. These GPS controllers can map the routes for drones. In addition, the Raven series is widely used around the globe. However, the majority of unmanned aerial vehicles are designed to be utilized and operated in the combatting situation by one person at a time. These drones can be assembled within five minutes by military personnel.

The military operators tend to work in teams with UAV missions as some of them are responsible for maintaining the drone and some are for outlining the course of the flight. The military troops are empowered to collect the data that leads better, improved, and quicker actions during missions. Besides, the information helps during combats, tracking, and reconnaissance. All in all, operators have the capacity to make decisions through drones.

They have designed Desert Hawk III which is the drone developed to be used by the single operators; these are somehow similar to the Raven series. It is designed to plan the flight path before time and operational techniques can be taught to new ones. During the war in Afghanistan, this drone was contracted upon through the UK’s Defense Ministry. According to their minister, the drone has proven worth and has empowered the armed forces with intelligence.

Their star is Nova which is the autonomous quadrotor drone. The drone is designed to operate through the Hivemind software. The drone is integrated with four turbines (propellers) for achieving the thrust. According to Shield.AI, this software helps explore the areas with nary GPS, such as caves and buildings to ensure the missions are well-designed; the military operators can use this software with drones for gathering the information.

On the contrary, it’s not clear if the militaries have started using this software but the company has raised venture funding up to $13.1 million.

To begin with, Neurala has designed Neurala Brain which is the software designed to help drones outline and identify the targets (predetermined). As a result, it passes the information to the human operator. According to the company, this software can master through huge crowds to find out the target person. For instance, it can inspect huge equipment, such as towers for developing the damage reports.

According to the company, they have trained the software with thousands of images and are labeled. As a result, the pictures and images are run through the machine learning algorithm. Also, the algorithm is trained to outline the patterns and sequences, form the image, and deliver it to the operators. However, it might demand the utilization of facial recognition but that calls for an extra training layer.

With this feature, the software is trained to identify the target person. When this configuration is integrated with the drones, it helps outline the target that alerts the human operators about the location of their target. According to Neurala, the software needs lesser training time and the data utilization will be lesser as well.

How to select the Best IT Companies in Pakistan

How On Demand Delivery Tracking Can Benefit Your Business

Finding your Dream Home? Never Neglect These Top 4 Tips
by admin February 19, 2020
Best Shopping Site to Buy Funky T-Shirt for Men
by admin August 3, 2021
What is the Most Effective Prostatitis Cure Worldwide?
by M Sakhawat February 17, 2022